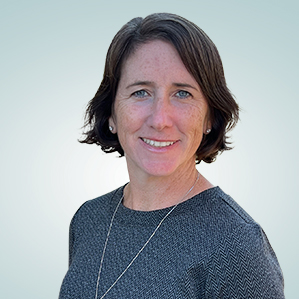 Kelli came to Leapfrog Group with 20 years of experience in independent school and university fundraising, with an emphasis on campaigns and annual funds. She is a thoughtful listener, insightful strategist, and attentive project lead.

Kelli’s strategic know-how, and natural ability to lead and communicate have consistently contributed to the success of every campaign she’s had the pleasure to work on. Most recently,Kelli was a member of the Advancement Team at Germantown Academy where she served as Director of Annual Giving and Director of Donor and Campaign Relations. In addition to being charged with reaching annual fundraising goals, she was also actively involved in Alumni Reunion planning, volunteer management, database oversight, marketing and event planning.

Kelli is also an experienced higher education fundraiser, project manager, and former college athlete. In addition to being a four-year starter and captain of theWomen’s Soccer team at the University of Pennsylvania, Kelli was a major gifts fundraiser for Penn athletics. She also worked at Temple University athletics, where she cultivated and stewarded major prospects, organized special events, and coordinated the athletics support organization.

Kelli sits on the University ofPennsylvania Soccer Board and the Development Committee at Saint GenevieveSchool and serves as an Assistant Coach for the Girls Varsity Team at ConestogaHigh School.