Boldly AUB: The Campaign to Lead, Innovate, and Serve, the most ambitious campaign in AUB and the region’s history

The American University of Beirut was celebrating its sesquicentennial and looking ahead to a comprehensive campaign, the largest ever for AUB and the region. AUB’s campaign theme had to reflect the leadership the University has demonstrated in Lebanon, the region, and the world in the humanities, natural sciences, health sciences, medicine, business, engineering, agriculture, architecture, and the arts. It had to tie the institution’s significant history to its bold future. Discovery interviews, conducted virtually with participants in diverse locations around the globe, resulted in a theme and materials that resonated deeply with current and future supporters by building on mission-based key strengths: leadership, innovation, and service.

A Campaign Identity That Evokes
Past and Present

The campaign theme combines the school’s core strengths and the passion, curiosity, and courage with which it approaches its future. This theme is expressed visually in a campaign logo that is both modern and forward looking. 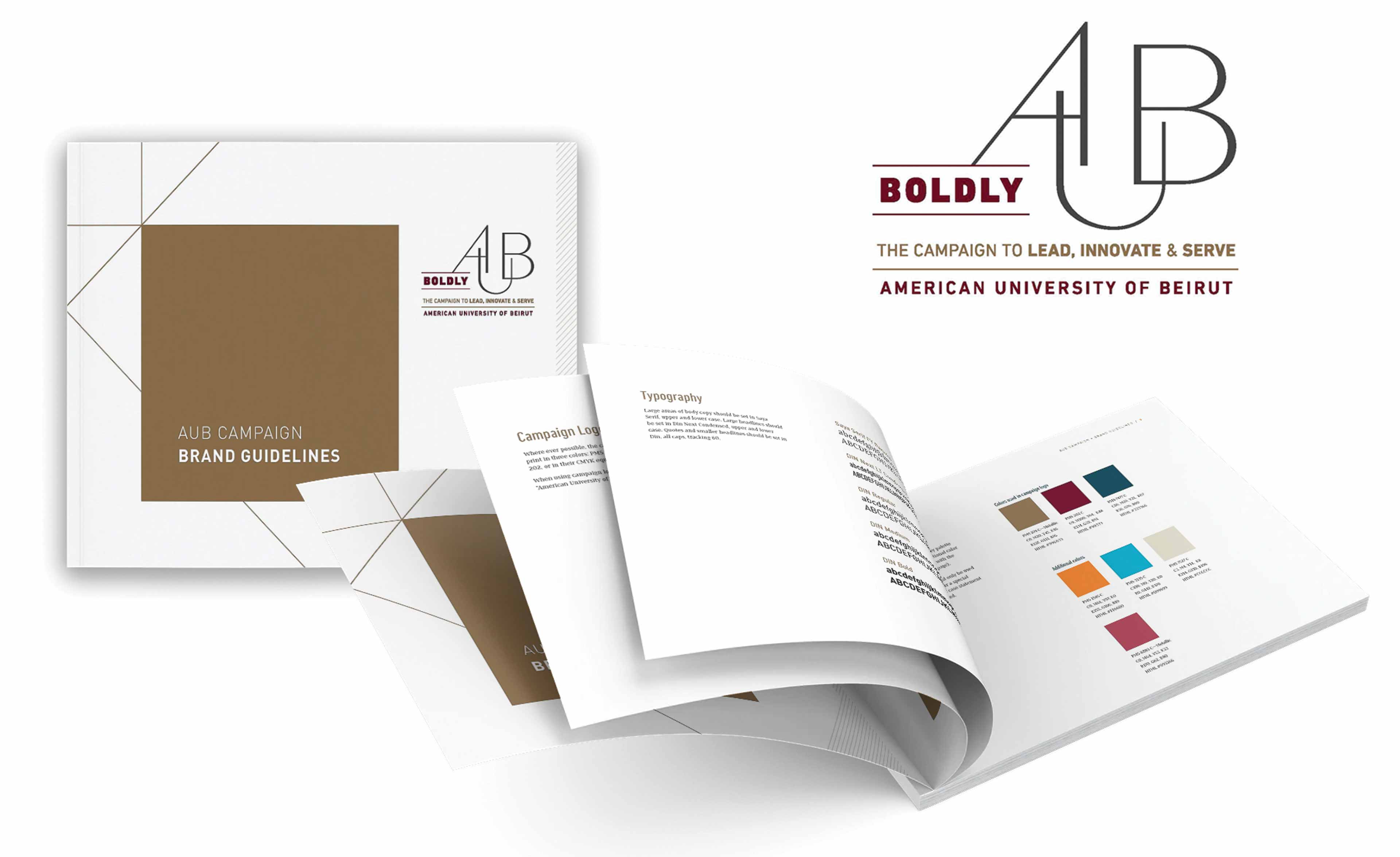 A campaign case statement booklet combines content and visuals that show AUB’s substantial impact on the region—from the positions their graduates hold, to outreach initiatives in the community, to the active research and medical care they provide—and makes the case for leadership support for each of the priorities. The creative process was informed by the school’s focus on encouraging curiosity, questioning, and open discussion as a means of developing ideas that might help all—as their motto states—have life, and have it more abundantly. 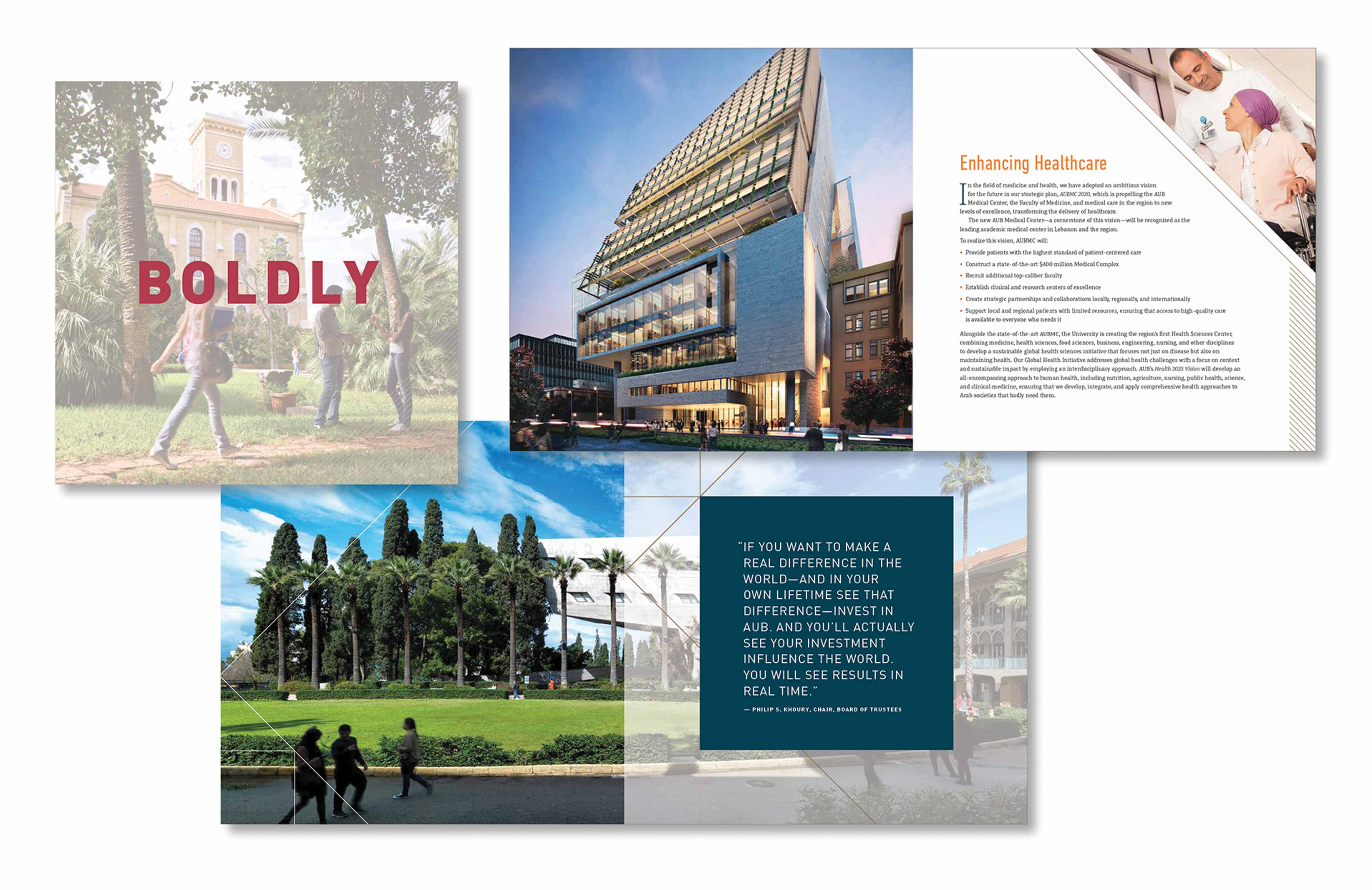 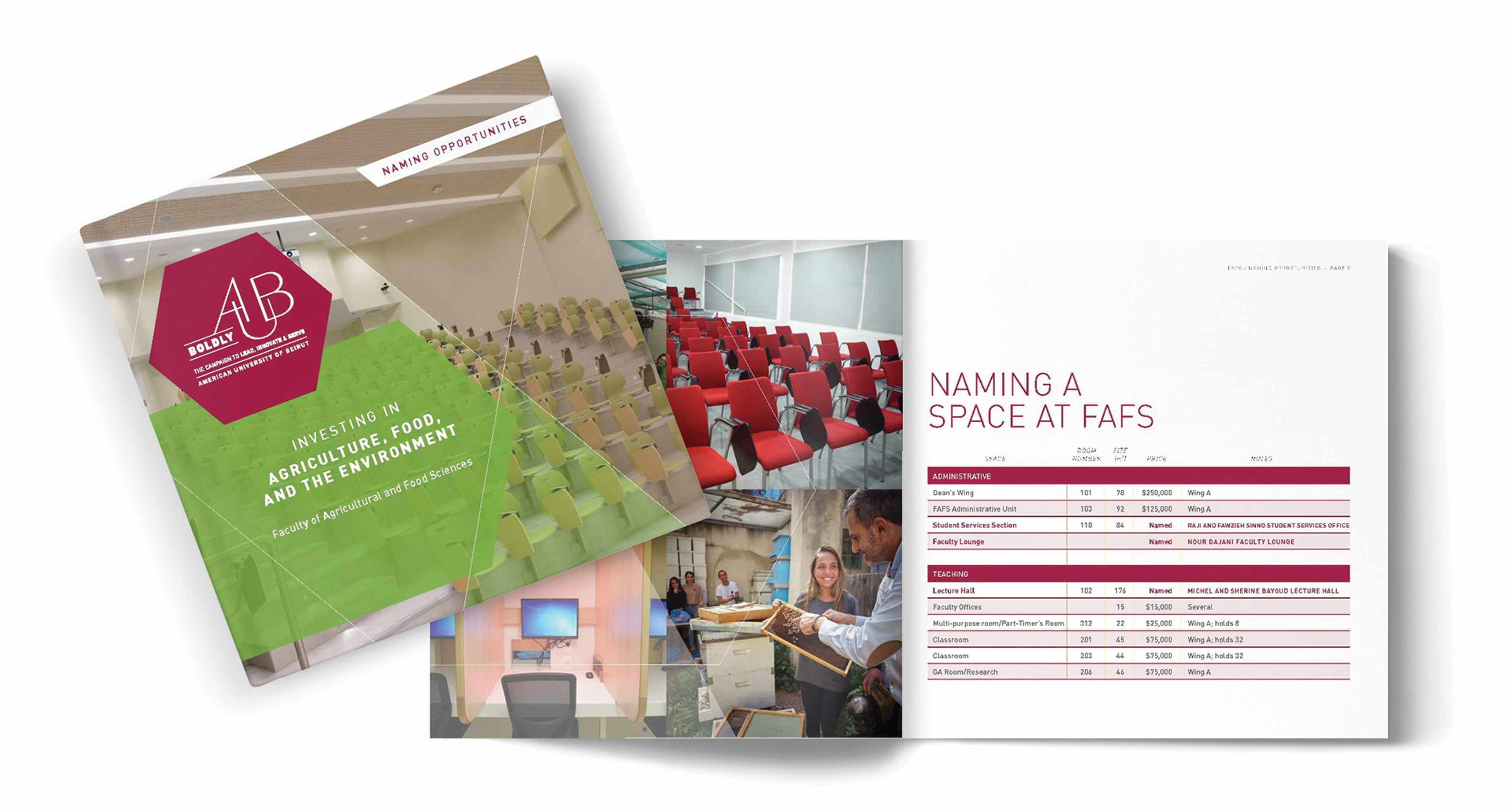 A Brand That Inspires

We articulate your brand from a position of strength and conviction and create communications that speak from and to the heart.